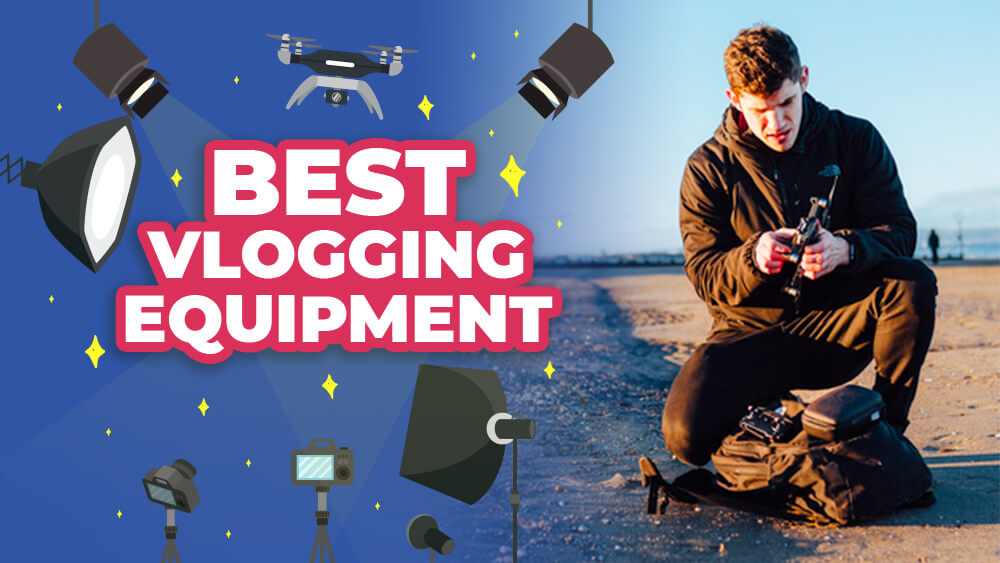 The Best Vlogging Equipment: What Do You Need To Vlog?

Since launching my vlog in 2016, I’ve had countless people ask me what equipment I use. As much as I feel it’s not about the equipment, I still feel obliged to write this article, sharing with you all the gear I use to vlog: from filming to editing to promotion.

Before I started vlogging, I spent hours and hours researching the best cameras, microphones, drones, tripods etc. If you’re just starting out, it can be quite daunting, so I’ve written this article to go over all the vlogging gear I have and recommend.

If you’re an entrepreneur, I’ve created an updated Entrepreneur’s Guide To Vlogging Equipment.

Best Equipment For Creating a Vlog 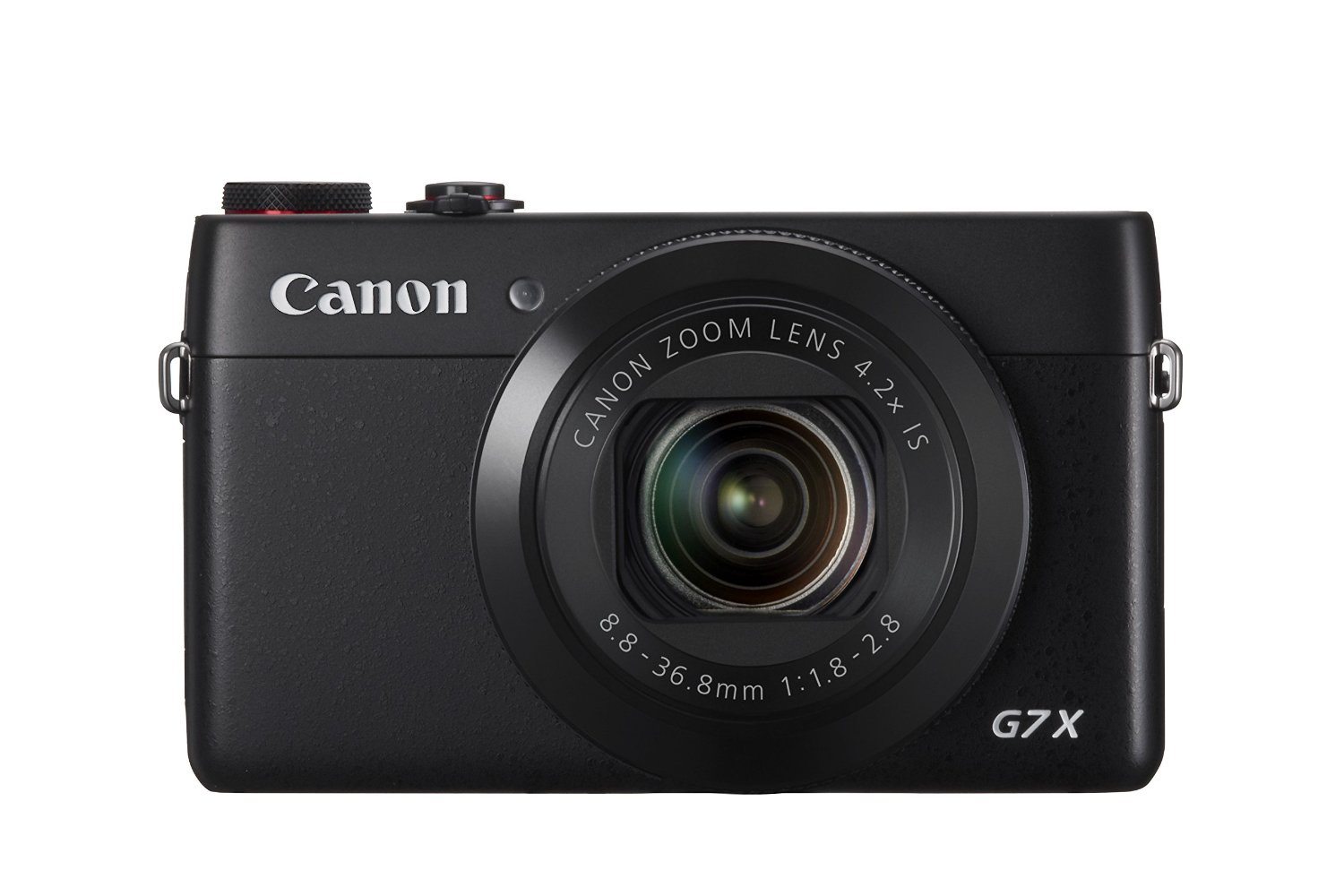 When I started vlogging, I wanted to get a camera that was better than my iPhone. At the same time, I wasn’t ready to go all out and buy a DSLR. I needed to prove to myself that I was going to take vlogging seriously before really investing in vlogging gear.

I initially purchased a Canon S120 but wasn’t impressed with the sound quality. I sent it back and bought myself the camera EVERY vlogger was telling me to get… the Canon G7X.

I’m not a big camera geek, so I don’t know all the ins and outs. I wanted a camera that shot good video, had good sound and after using the S120, I wanted one with a flip out screen so I could see myself (the S120 doesn’t have this).

The G7X didn’t fail to deliver. It is an amazing camera. I bring it everywhere with me and the quality is excellent, even in low light. My only issue with the camera is the fact it doesn’t have external mic capabilities. But the internal mic is good enough in most circumstances.

To check it out, click here: Canon PowerShot G7X 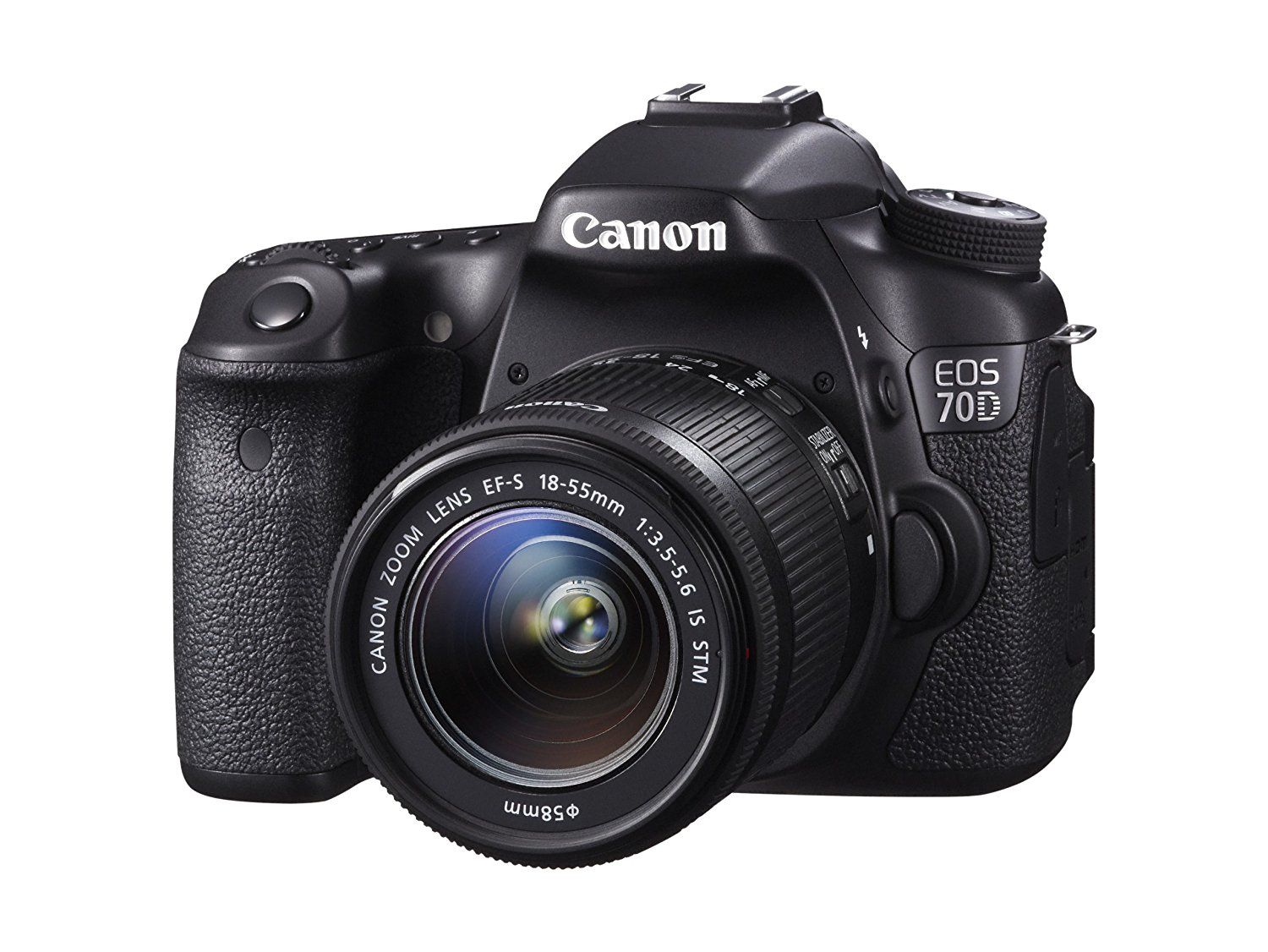 Update: after 6 months of using the G7X, I decided to invest in a Canon 70D. I wanted to use an external mic and wanted a camera that would allow a wide lens. I purchased to lenses with the camera, which have been great. They are:

As part of my Canon set up, I ordered the mic that had been recommended to me by everyone. The RODE Videomic pro. It’s quite a big piece of kit, but the quality in the image and sound is second to none. 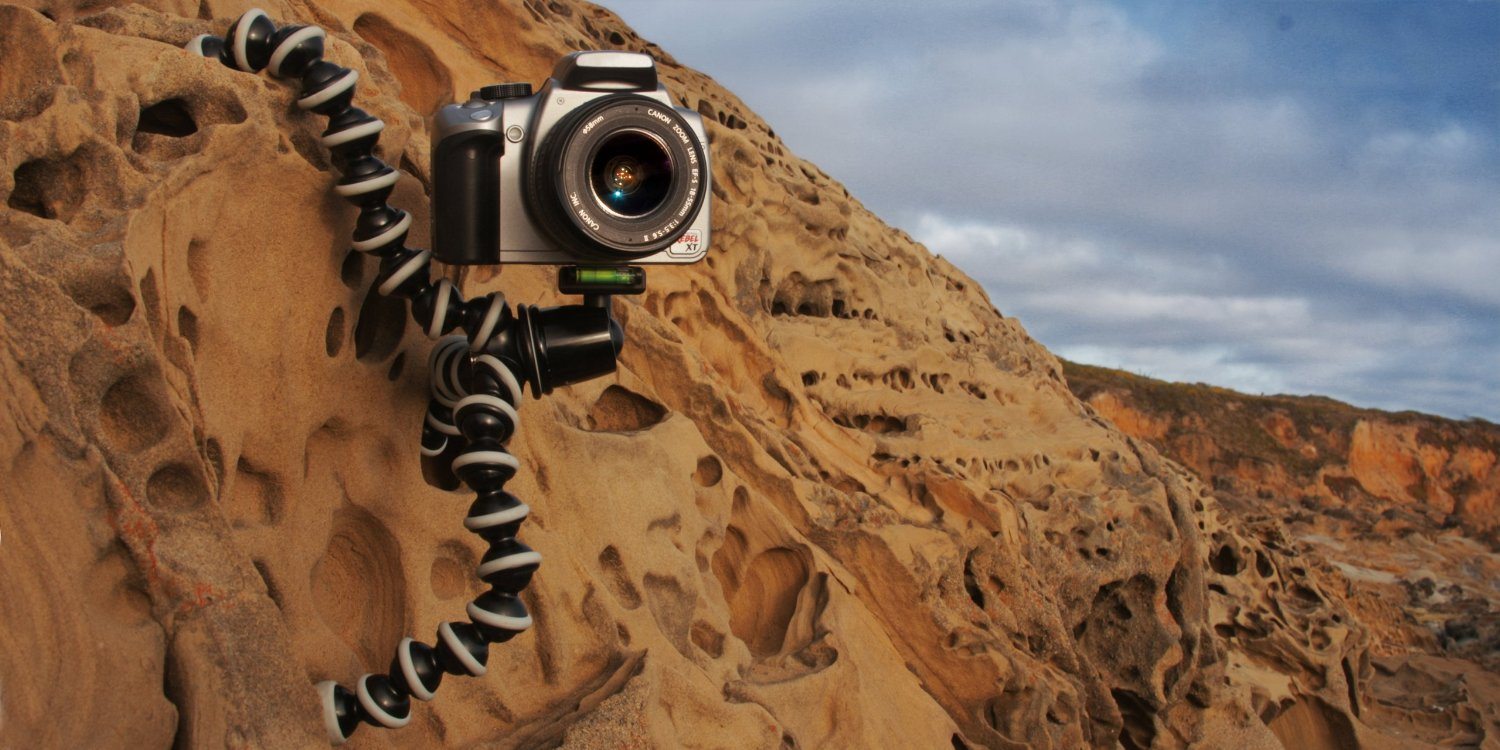 A tripod is a must-have for any vlogger. You’re going to be setting up shots from different angles and to have something like the Joby Hybrid in your bag makes life much easier. It’s super flexible, making it easy to set up good shots, whether that’s propping it up on a bin (I do this a lot, ha) or attaching it to a tree.

It’s also the perfect size to use as a grip when you’re holding the camera in front of you. It’s lightweight too, so you don’t need to have huge guns to use it. After around 3 months, my one started to become a lot less sturdy, meaning it sometimes collapsed. I had to buy a new one. But overall, it’s a great piece of kit for any vlogger.

To check it out, click here: Joby GorillaPod Hybrid Tripod

[color-box]Click here to check out my updated Vlogging equipement guide![/color-box] 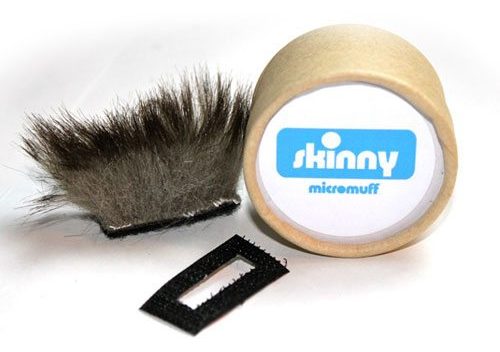 Being a Scottish vlogger, this is a must have. You know that horrible wind noise you get when you’re recording outside? It ruins any video. The MicroMuff (such a great name) helps to reduce that sound. It attaches to your camera with velcro & adhesive. Super simple & effective..

I’ve ruined one of these already as the Shetland weather in this vlog was too much for it to handle. It got blown away!

To check it out, click here: Micromuff Skinny Wind Muffler 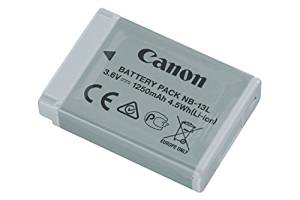 One thing I didn’t mention above is that the Canon G7X (and I guess most cameras) doesn’t have the best battery life. If I’m vlogging all day, I’ll typically use about 1.5 batteries. I’d recommend you get one or two spares. Nothing worse than running out of battery when you’ve got some cool stuff left to shoot!

To check it out, click here: Canon G7X Spare Battery 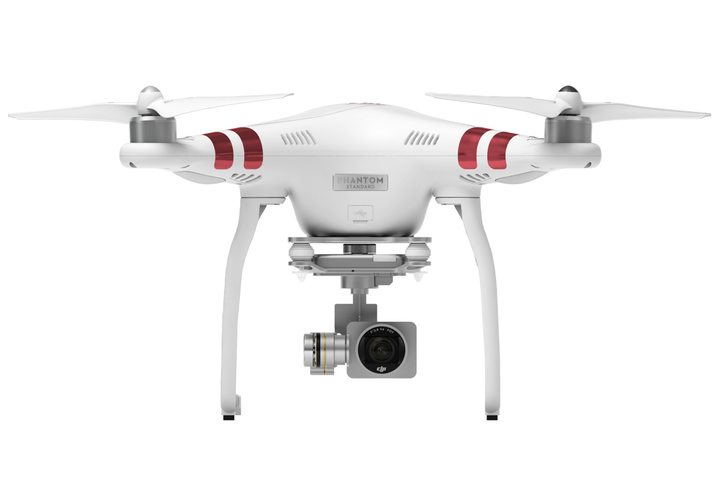 Let’s get this straight: a drone isn’t a requirement. I considered leaving it out of this list. But I recently bought this drone and I love it – the drone gives your vlog a completely different perspective. There are newer, better, drones out there, such as the DJI Mavic Pro. This is the one I settled for in the end and have to say, I haven’t been disappointed. The footage I’ve captured from this drone is great.

To check it out, click here: DJI Phantom 3 Standard Drone

Update: I smashed my Phantom 3 by crashing it into a wall… so I know use the Mavic Air. It’s a fantastic piece of kit and definitely prefer it to my Phantom 3, purely due to the size. I can stick it in my bag as opposed to bringing a separate bag just for the drone. You can find it here.

Once you’ve filmed your vlog, it’s time to get that baby edited up! I’m a big fan of Apple products. I initially used iMovie to edit my vlogs but moved over to Final Cut Pro X when I started to feel restricted, such as when I was creating titles. iMovie is a great starting product though and would highly recommend it.

Final Cut Pro X offers me everything I need. It’s quick and easy to use, meaning it’s simple enough for a beginner to use, but it has everything you’d need to produce a high-quality film.

To check it out, click here: Final Cut Pro X

Compressor is a godsend. My vlogs will be anywhere in the region of 3-6GB per video. That can make uploading to Facebook and Youtube a bit of a nightmare if your WiFi sucks!

Compressor links up beautifully with Final Cut Pro X. When you export your finished vlog, you simply send it to Compressor. It reduces the file size and you’re left with a video of the same high quality but without the huge file size!

Photoshop is great for creating nice thumbnails for your videos. You don’t need crazy editing skills to produce something nice either. I typically take a screenshot from my vlog, edit it up, making it a little more colourful. Sometimes I like to add text over the image too.

I get asked a lot where I find my vlog music and the answer is a mixture of both YouTube and Soundcloud. When I first started, I used Youtube to find royalty free music artists. I found a couple of channels that showcased copyright free music and started following them.

Over time I started to find artists that I particularly liked and now I explore their channels on SoundCloud whenever I’m creating a vlog. I’m now at a point where I know the types of music I want and it makes it much easier for me to go out and find it.

My advice: go explore copyright free music on Youtube. Find a style you like and then start diving deeper into the artists that create that style.

There you go! There’s the best vlogging kit for beginners. Just as a wee disclaimer, this is the equipment that I use. It works for me. I think this is the best vlogging equipment for beginners, but your requirements, depending on the type of vlog you film, may be different. Find what works for you and double down on that. Over time you’ll start to develop your own style and the equipment that you use will revolve around that.

PrevPreviousFacebook Ads Guide: A List of the Best Resources
NextHow to Become an Influencer: Advice from the best social media influencersNext 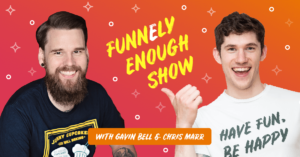 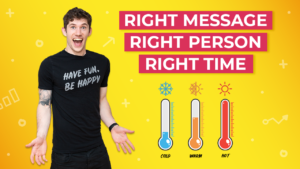 Facebook Ad Targeting | 3 Audiences You Need to Know About 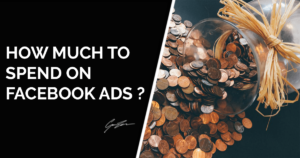 How Much Should You Spend On Your Facebook Ads?