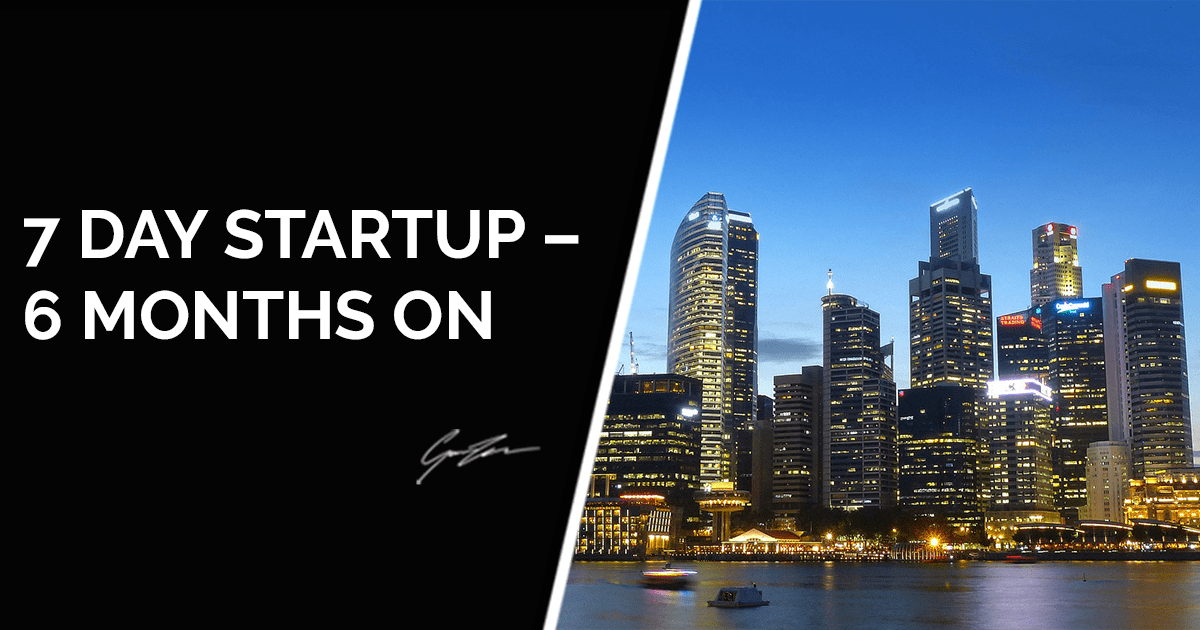 On June 29th 2015, I launched Blue Cliff Media. On the 20th June I had just finished reading a book called the 7 Day Startup, by Dan Norris and had decided that I was going to launch a business in just 7 days. On the 21st, I came up with the idea for what is now Blue Cliff Media! It’s been an absolute rollercoaster of a journey, with many highs and lows and I wanted to write an article on everything I’ve done, what’s worked and what’s not.

In our original 7 Day Startup post, I said most of our marketing would be through content, email, networking and paid social ads. Although a lot of the marketing over the last 6 months has been through those channels, it has changed and deviated a bit, as you can see below.

I’ve not been as strong on the content marketing as I’d hoped. I wanted to write a weekly article but other things managed to steal my time. I was quite lucky in that I picked up a good number of clients in the space of a few weeks after launching. Obviously, being a new business, my focus quickly turned to client delivery and providing as much value as possible to them. This meant my content creation suffered.

I’ve been trying to build my mailing list up over the last few months. One of the main ways I’ve done this is my creating a social media marketing email course. The email course talks people through everything they need to know in order to succeed on social media. Creating the list took me ~20 hours but was definitely worth it. It allows me to entice people onto the mailing list by providing them with a ton of value, rather than asking them the generic ‘sign up to our newsletter’.

I really like reaching out to people by email. I much prefer it to picking up the phone and cold calling so it’s something I do a lot. One thing that has worked for me is reaching out to businesses and sending them a video review of their current social media presence and what they could do to improve. This way I’m not directly selling to them, but I’m providing them with value and positioning myself as an expert.

Networking is a classic. When I first launched back in June, I was guilty of sitting in the office and not getting out to meet people. “Too busy” I said. Over the last few months I’ve made a big effort to try and get to as many relevant events as I can. I’m very keen to start building my personal brand and I want as many people to know about me as possible so getting ‘out there’ is really important. And it’s fun!

This is an interesting one for me. I run lots of paid ads for clients, but I don’t actually do my own very often. In the New Year I’m going to focus a lot more on paid social advertising for my own business. I’ve got the email course, but I need to get more people on it and social advertising is one of the best ways to go about doing this.

LinkedIn is a grossly underestimated tool. All of our initial clients came from LinkedIn and the effort I put into it. It’s maybe not the nicest and cleanest interface, but it works. Especially if you have a B2B business. Not only can you post your content, engage with others, message people etc. but it’s an amazing lead generation tool. I’m a big fan of using LinkedIn Advanced Search and searching things like “Managing Directors in Edinburgh”. When the list comes up, gather all the information about those people, put them into a spreadsheet and just get in touch.

You might have noticed that we have had to change our name since launching. I launched the business as ‘Adworthy’, but changed to Blue Cliff Media after finding another company with a similar name. It was a naive mistake by me to go with Adworthy, but it’s a lesson learned. I think I got caught up in the whole 7 Day Startup process, and when I thought of a name I liked, I went with it without thinking. You can read about the name change and the lessons I learned in more detail here.

The offering of the business has changed quite a lot over the last 6 months. When I first launched, we launched as a social media management company. However, I found myself working IN the business, rather than ON the business and I knew it wasn’t going to be sustainable and so I wanted to make some changes. I decided I would prefer to start working on higher level work such as strategy planning and consultancy. But I also wanted to get into the likes of training and workshops. But over the last month or 2, I’ve been thinking that I need to get back to the basics. Social media management takes up about 80% of the work we do and as Dan talks about in the 7 Day Startup, it’s best to focus on one service and excel at that one thing.

“It’s best to focus on one service and excel at that one thing. – @MrGavinBell” via Twitter

2016 is going to a huge year for the business. As I mentioned above, I decided to strip things back to basics by going back to the social media management offering. We’re going to be offering a simple three-tier package system, as you can see below: I’ve dropped my prices and have added extra services to try and provide as much value as possible. I want to become the go-to service for businesses that need help with their social media. I never used to offer blog writing but no content = no social media. These packages will offer our clients the complete package.

In the back-end, I’ve built a team of people that will be able to carry out the actual client delivery, which allows me to focus on building the business. Rather than working in the business. And that’s my plan for 2016: to continue growing the business and becoming a big name in the social media space. Bring it on! I’d just like to thank everyone that’s supported and helped me over the last 6 months, it’s hugely appreciated. Here’s to the next! Hope you have a successful year! 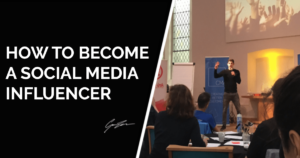 How to Become an Influencer: Advice from the best social media influencers 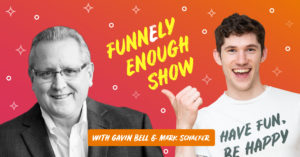 Ep 1: How To Become A Best-Selling Author – With Mark Schaefer

Become Incredible At Selling (Even If You Have The Fear!) – With David McCall