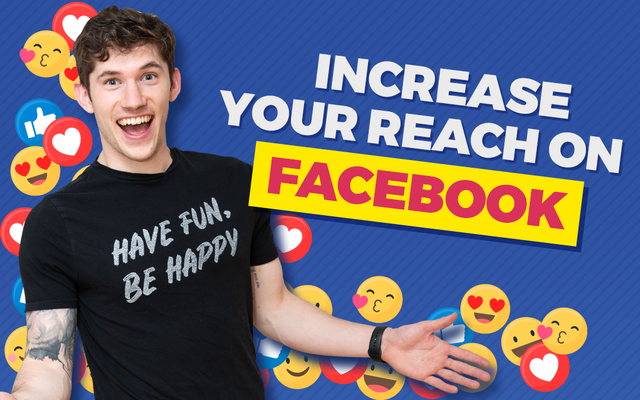 I talk a lot about paid ads on Facebook and using them to promote your content and messages to people, but that’s not all that Facebook has to offer.

A lot of people will argue that organic reach on Facebook is dead, but I’m here to tell you it most certainly is not.

If Facebook isn’t working for you from an organic point of view, I have to tell you something that might hurt. And that is, the content that you’re posting is not good enough.

Facebook has three main goals, to have more people on the platform, spending more time there because those two things allow Facebook to earn more money.

If you’re still reeling from what I said above, don’t worry. I’m going to share my top tips on how to increase your organic reach on Facebook taken from lessons that I’ve learnt through my own content creation, from creating video content in Scotland, getting millions of views on all my videos.

There was a point in time where I was posting a video every single week and average views were 40, 50, 60, 70,000 views per video. Some of them got over 250,000 views so I’ve learnt a lot when it comes to creating content on Facebook and that’s what we’re covering today.

Facebook have actually come out and said that they favour content on the newsfeed that is entertaining or informative, so if you can keep your content to one or the other or, if you can, both together, you’ll be onto a good start.

So as business owners, as page owners, we need to create content that fits into that experience and into the mindset that they’re in when they’re on Facebook.

This is the hard bit, turning a business that isn’t particularly interesting or sexy, into something that is. But if you can take your topic and come up with some of the entertaining, maybe the funny parts of this industry, that’s great. Or, what are some of the things that you can teach people? What problems are your customers facing? Simply take those problems, answer them as questions in videos and blogs.

But you have to ask yourself here, what is best the consumer? Does the consumer want to be on Facebook scrolling through Facebook, click a link, then go to YouTube to watch your content or would they rather watch the content that you’re creating on the platform that they’re already on? Chances are, it’s gonna be that latter.

Another way to get organic reach on Facebook is by doing live. Live videos are one of the best ways to keep people’s attention and to get people engaging because if you’re watching something live you’re much more likely to be in the zone, be there at that event, as opposed to a video where you might see it and just scroll past it.

You also get more engagement with live video… you can encourage engagement on a live by telling people to comment with the answer to a question you ask, for example ask them to tell you where they are.

So by doing a live stream you keep people watching your content for longer, getting engagement and Facebook will recognise that and reward you for keeping people on the platform for longer. Facebook will then show it to more people because it’s helping them achieve their goals.

If your live stream sucks, let’s say because you’re just trying to sell something, then quite frankly it’s not going to work. Just because it’s a live stream rather than a video doesn’t mean it’s automatically going to work, but done right, offers a lot of potential.

Now this is a really simple tip, but one that’s so valuable for increasing engagement and thus increasing your reach.

Now you obviously want it to be relevant to the audience that you’re going after, but by just asking these simple, a or b questions, you’re making it very easy for people to answer. As people comment, Facebook sees lots of people are engaging and they increase your reach.

This is something that I love to do in my Facebook group. I love to just go in and ask a question. People then comment and you can then start a conversation with that person.

Another way to get good organic reach on Facebook is, every single time somebody comments on a post, rather than you just saying, “thanks” or “great” or even just liking it, go and ask them a question based on their comment because that then starts a conversation with that person.

You can start another conversation and before you know it you’ve got a ton of conversations going on in the comments. Facebook is seeing your posts are getting tons of engagement and increases the reach to more people!

6 Using captions in your videos

The majority of people watching video on Facebook will watch it without sound. Which means if you’re creating video content that doesn’t have captions, or isn’t friendly to people that are watching without sound, you’re missing out on a huge percentage of the potential views that you could get.

If somebody doesn’t watch it, because they don’t want to listen with sound, maybe they’re at work or they’re on the bus, then Facebook is going to see that either nobody’s watching this video or only for a few seconds and then switching off, they’re unlikely to show it to more people.

By keeping track of the numbers you’re finding out what your audience actually wants and engages with.

Over time I was able to get more and more and more views because I was just focusing purely on the numbers to see what people liked and watched.

The average watch time per video on Facebook is only six seconds! Now that means for you, that you have to capture people’s attention early on. In the first six seconds you need to get that person hooked in and up for watching your video and if they’re not, Facebook just won’t show it to people. If you can get them in, Facebook will.

Think about Facebook’s goals again. They want more people on the platform. Something that people very rarely do is link from, let’s say Twitter or email, to a Facebook video, just like you would on YouTube.

Have you noticed that? People always link to YouTube, but Facebook really want more people coming onto the platform, so think about in your email marketing or in your general social media promotion of content, how you can direct people to Facebook video.

Because if Facebook find that people are finding your video through other methods outside of Facebook they’re gonna go, “Ah people really wanna watch this” and then they’re gonna show it to more people.

So the moral of this blog is about keeping in mind Facebook’s three goals: getting more people on the platform, spending more time there so they make more ad revenue. Think about those things every single time you go on Facebook.

We’re playing Facebook’s game by using their platform and so as much as you maybe don’t want to, it means we do have to play by their rules and we do have to give them what they want.

To get organic reach on Facebook we need to always be thinking about what Facebook wants, what the consumer wants and how can we get that cross-section right. It will happen over time and you’ll need to test, see what works and what doesn’t work for you and your audience.

PrevPreviousEp 8: Becoming The GO TO Person In Your Industry – With Mark Asquith
NextEp 9: Escaping The Entrepreneurial Hamster Wheel – With Kim GarstNext 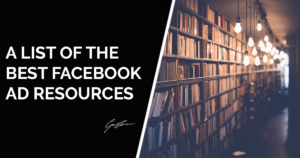 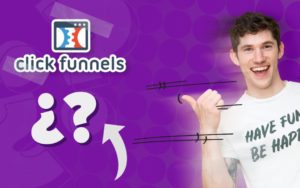 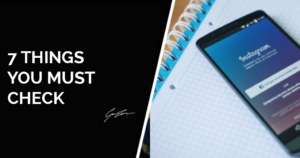