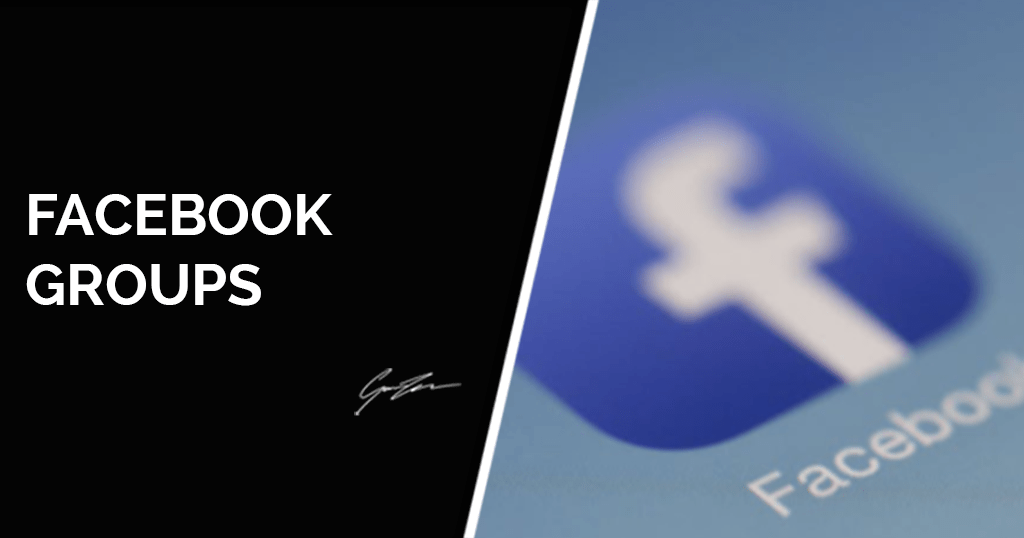 Facebook describes their pages like so: “Like a friend’s profile, Facebook Pages enable public figures, businesses, organizations and other entities to create an authentic and public presence on Facebook. Unlike your profile, Facebook Pages are visible to everyone on the internet by default. You, and every person on Facebook, can connect with these Pages by becoming a fan and then receive their updates in your News Feed and interact with them.”

I’m guessing you already have a Facebook page. This is where all your fans come to see your posts, like my Facebook page here. If you don’t have a Facebook Page for your business already, you can create one by clicking here. It’s a public profile where people can ‘like’ the page to get updates from whatever it is.

Facebook also have a definition for their groups: “While Pages were designed to be the official profiles for entities, such as celebrities, brands or businesses, Facebook Groups are the place for small group communication and for people to share their common interests and express their opinion. Groups allow people to come together around a common cause, issue or activity to organize, express objectives, discuss issues, post photos and share related content.”

In essence, Facebook groups tend to be used by groups of people to discuss certain topics.

You can see the groups that I am personally part of here: As you can see I’m part of various different Facebook groups ranging from business ones to one for the local football team I play for. Each group has a different topic that forms the basis of all conversations. You simply join the groups that are of interest to you. I absolutely love the groups I’m part of. My favourite ones are:

We also have our own Facebook group, called Facebook Ads Academy. We wanted to create a community for people who had downloaded out Facebook blueprint. The group is a great place to network, ask for advice and share stories on what works and what doesn’t work when it comes to social media.

I strongly advise you get involved with some groups on Facebook.  Just navigate to the search bar at the top of the page and type in things that interest you. Being a social media marketing agency, I could type in ‘Facebook ads’ and have a look at the groups there.

It might be a good idea to join a group in an industry that you’re not actually part of. So for example, we might join a group for people discussing the fitness industry in the hope that there are some fitness professionals in there that need help with their social media channels. (And trust me, there are!)

I’d recommend you to join around 5-7 groups to begin with. Any more than that and you risk not being able to keep up with the conversations.

You also don’t want to be spending hours just replying to conversations on Facebook. Find a few groups that you like and just make yourself known (in a non-promotional way) and start to build relationships with everyone else in the group. I told you about my 2 favourite groups on Facebook before. Here’s just two little examples of how they’ve benefited the business:

You may know that we launched the business in just 7 days. There’s a group for people that have followed the same course! I’ve been an active member of that group for a few weeks now and I’ve already started to see the benefits. The group has started a ‘Slack‘ chat where we speak to each other in what’s almost like a chat room.

Whenever I have a question, I just send a message on there and get a reply within minutes. Again, I’ve built some great relationships with people in that group, just by making conversation, helping people where I can and just adding value. I’ve even had the offer of a trip to Italy from the founder of ThemeValet! (Cheers Nick ;-))

Another example of me using Facebook groups is being part of the Content Marketing Academy. I joined the community a couple of months ago and since then I’ve built up lots of great relationships with people just from having conversations with them in the group. I’ve met a few of them face to face as well which is great. I was also asked by Chris (the founder) to talk at a meet-up event he had arranged for the group. There’s no reason your business couldn’t achieve the same benefits as we have.

As you can see, there is a clear difference to Facebook pages and Facebook groups.  But how do you really build those relationships? And what benefits will you actually see from doing so? Many people don’t feel comfortable with Facebook groups because they have to use their personal profile, rather than their page. If this is you, Facebook groups might not be for you, but I’d strongly advise you just get on with it. If you’re concerned about privacy, get in touch and we’ll make sure your profile is completely private. Before you join a group, I’d check for a few things:

Some groups are ‘closed’ which means you won’t be able to see what the group is like until you join it. If you join a group and find out that it’s not for you, don’t feel bad about leaving straight away. If there’s one thing you take away from this post: When you’re part of a group, do your best to ADD VALUE.

When you first join a group, there tends to be a thread for people to say hello. Use this thread to introduce yourself. Let people know who you are, what you do and what you aim to get from the group. Don’t use it as a way to sell your services. Use it to try and kick off some conversation!

Make people want to chat to you. If you’ve ever been to networking events, it’s like your 40 seconds. Once you’ve introduced yourself, scroll through the threads in the group and start commenting on them. Join conversations and start to build relationships with people. Make sure you don’t come across as a newbie know-it-all, but just try and add value to the conversations that are already ongoing.

When you feel comfortable, start a new thread. Ask people for advice, ask them what their favourite app or book is… get people to engage with you. Once you’ve started a conversation, keep it going. Don’t just post and forget about it. If you do that you’re just wasting your time. And that’s it.

Online networking is just the same as offline networking. You have to make conversation with people in order for them to like, know and trust you. Never sell your products in Facebook groups, unless there’s a thread for that. Add value to the lives of the members. Offer help where necessary and it’s as simple as that.

Stay active in the groups you’re part of so that you’re always top of mind. If you’re not able to do this, you might want to think about leaving a few and becoming an integral part of the groups that offer you the biggest impact.

You can probably already see the benefits of joining Facebook Groups, but just to summarise:

Once you’ve read this blog, go away and find some awesome groups for you to get involved with. Start networking, join conversations, be entertaining and add value to the people in those groups. If you do that, you’re on to a winner. Keep it up and you’ll build some great relationships.

This section is for the people who want to take things one step further. You’ve gone on Facebook and joined some groups, but none of them are exactly what you’re looking for. Or maybe you just want to have ownership of a group. Well, you can. And it’s fairly easy to set up! My recommendations for types of groups to set up would be:

If you think starting and leading a group is for you, just be aware that it requires a lot of work. You’ll have to post regularly, start conversations, monitor all the posts in the group and watch out for spam. This will become harder and harder as the group grows. To start a group, just click on ‘Create Group’ under the groups section. Once you’ve clicked on that, this screen will appear. As you can see, it’s fairly straightforward. Just type in your desired group name, add someone (you must add someone to the group) and choose whether or not it’s going to be a public, closed or secret group. I’d recommend you create a closed group if it’s going to be a business related networking group.

If it’s open to the public, anyone can join in and spam the group which you don’t want. If it’s secret, nobody will be able to find the group. Closed means people can find the group but they can’t see inside it until you’ve accepted their request to join. Hit ‘Create’ and Facebook will take you to your new group. In there, just add a description of the group, add a cover photo and some tags and you’re ready to go! Now you just have to start the process of building the group by asking people to join. You may also want to add some group rules in the description to stop it becoming a free-for-all!

TIP: Don’t ever just add lots of people to the group. Always ask for their permission first!

Building your community can be a long, slow process but it’s one well worth doing. Check out our Facebook group here, where we discuss the best tips and tricks in Facebook advertising.

Facebook also have an app specifically for groups, but to be honest, I don’t like it. I think the functionality of the standard Facebook app is fine and so I just use that. If you’re interested in the app, this is what it looks like:

I think that pretty much brings me to the end of Facebook groups. Hopefully you’ve been able to see the benefits of getting involved and you now know how to go about joining and creating groups. They really are worth getting involved in and so for some homework, I want you to do this:

And if you feel really comfortable, start your own group. One last thing – I’d really appreciate it if you could join our awesome community by entering your email below. We’ll send you some awesome free content, answer all your social media questions and you’ll be the first to know about some really cool stuff.

Thank you for taking the time to read our Definitive Guide to Facebook Groups.

Shifting Your Identity & Being The Ultimate Entrepreneur | With Josh Forti

Become Incredible At Selling (Even if you have the fear!) – With David McCall 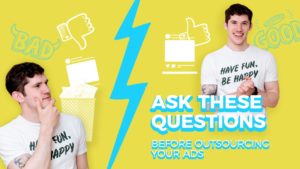 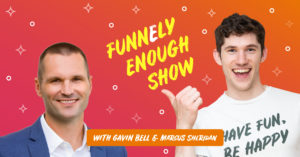 Ep 3: Using Questions To Have Deeper Conversations – With Marcus Sheridan